Last post’s Z32 had us thinking about the great 90’s Japanese Super cars and how quickly they disappeared from the U.S. shores. The first on the chopping block was the FD RX-7 as the last few were imported for the 1995 calendar year, quickly followed by the 300zx in 96 and Toyota Supra in 1998. With only the NSX which was made in extremely limited numbers and was out of reach for most “normal” car guys due to the skyrocketing price, there was only one Japanese super car that still embraced the Twin Turbo philosophy, the Mitsubishi 3000GT VR-4. If only these cars came with lowered suspension... :D The 3000GT, much like the 300zx and Supra, also came in non-turbo variants, but it was the 320hp, Twin-Turbo V6 version dubbed the VR-4 (GTO in Japanese markets) that hurt feelings on the streets. The VR-4 separated itself from the other Japanese warriors by boasting an AWD platform unlike the other FR and MR cars, four wheel steering, electronic suspension and was more of a freeway Grand Touring car than it’s polar opposite, the FD RX-7 with it’s minimal yet spartan interiors. It was a car you could cruise around town while comfortably enjoying the company of whoever rode shotgun. Although the 3S went through many changes as the years went by, it was the year 1999 where the car would go through it’s last and final aesthetic refresh with it’s redesigned front bumper, headlights, turn signals, and that one-of-a-kind spoiler. That spoiler was the sign on the exterior that let other drivers know that this 3S was not to be messed with. We recently met a VR-4 owner by the name of Josh that made it out to a few of our Coffee and Rice meets and all of the guys immediately recognized this rare beauty. With the Dodge Stealth version dying in 1996, the last few 3000GT VR-4’s were hard to come by as production dwindled down to match sales numbers. In 1999, around 287 models were made and sold. Of that, we have one pristine example in all of it’s 1999 glory here in front of us, unmolested, and completely intact. If you’d like to see more of this car (and MANY more cars), you know where we are every Sunday. We have a serious love for 90’s Japanese cars at Mayday Garage. Supras, RX-7’s, NSX’s, MR2’s and even 3000GT’s are all cars we look up to and want to own someday. But the car that kicked everything into gear in the nineties for us was the Nissan 300zx. Debuting in 1989 and sold as a 1990 model, the all new “Fairlady Z” bursted onto the US scene with a 3.0 liter twin turbocharged VG30DETT 300hp monster motor and a new take on Japanese styling. 300hp by today’s standards isn’t exactly groundbreaking, but in 1990, it was enough to kick Corvette and Mustang ass all day everyday. Although the US didn’t get “Godzilla”, the R32 GT-R, we did receive the classic and traditional Nissan Sports car with it’s low slung look and flush mounted headlights, it was what embodied a sports car. Although some people think the styling is dated, you have to keep in mind that even though these Z32 models ceased here domestically in 1996, the model continued to evolve all the way through the year 2000 in it’s home country. That said, some styling cues were updated including a new front nose/bumper to give it a newer feel. Stateside, there is a large following for these cult cars, and seeing a Twin Turbo model unmolested is a rare sight, but we love tuner cars, and there is a fine line of modifying a Z without making it dopey looking. We recently came across a stunning example of what a 300zx should look like at the last Houston Cars and Coffee, and took a few snaps. The silver Work Emotion XD9's give the side profile of the Z a great racing feel. Okay so many of you have blown up our inbox lately asking about the taillights that we had made from Car Shop GLOW for the FD3S RX-7. Yes, we are in the final stage right before shipping. The custom CSG metal badges are now made and riveted on each taillight for authenticity and we are only waiting for the final smoke/tint job on the taillights. We should have some in our possession in about 1.5 – 2 weeks. We will (excitedly) install them, test them, make sure there are no condensation leaks, and photograph and record video so you yourself can judge them. Here are some photos of the progress! 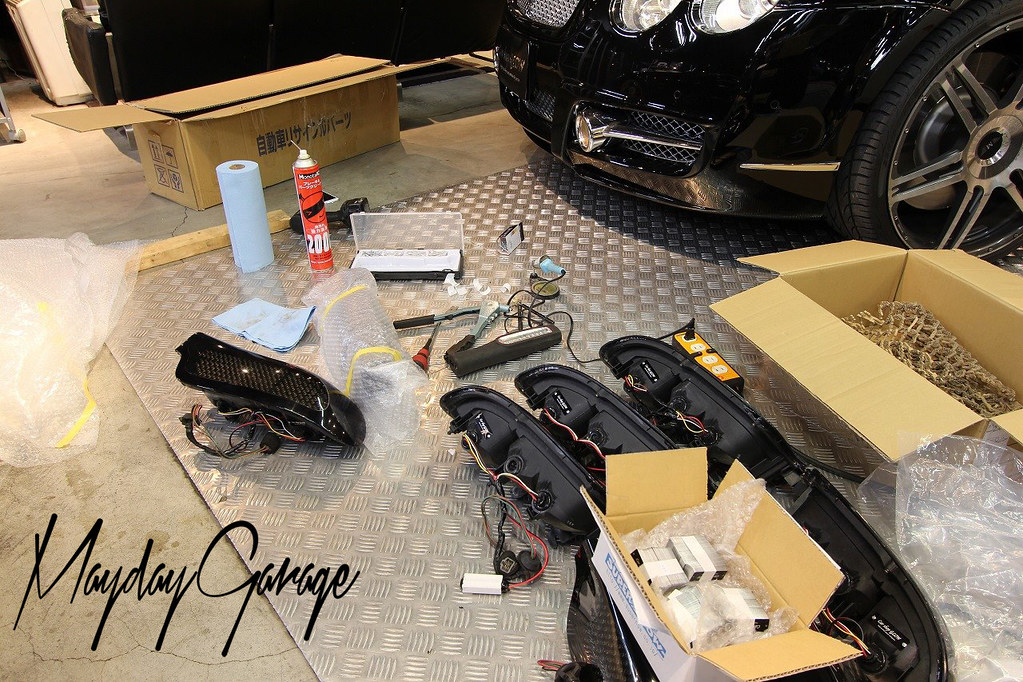 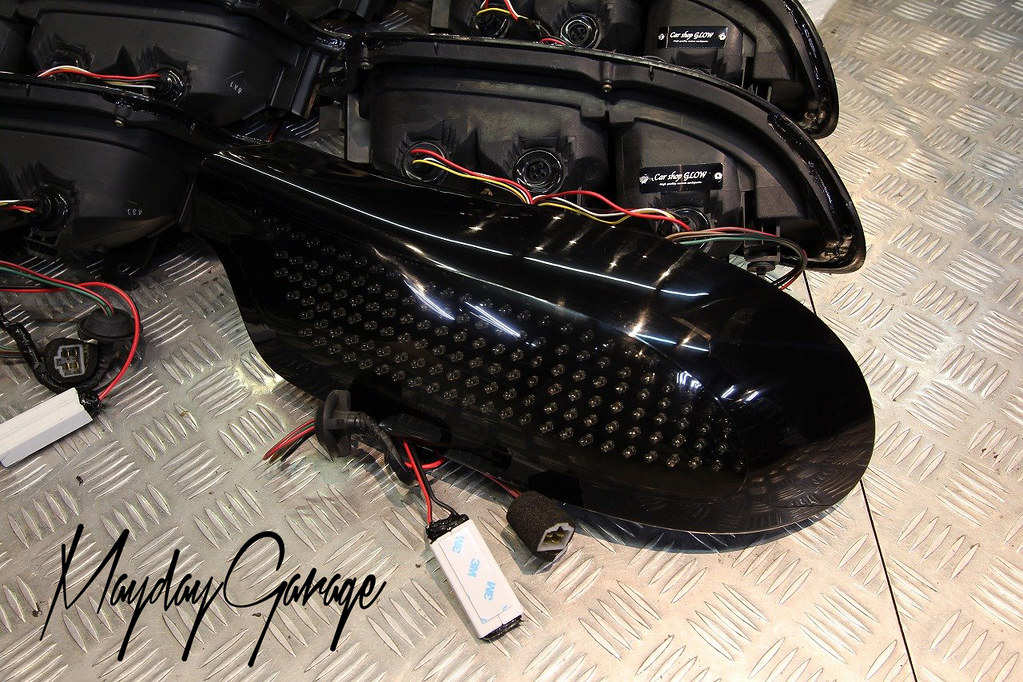 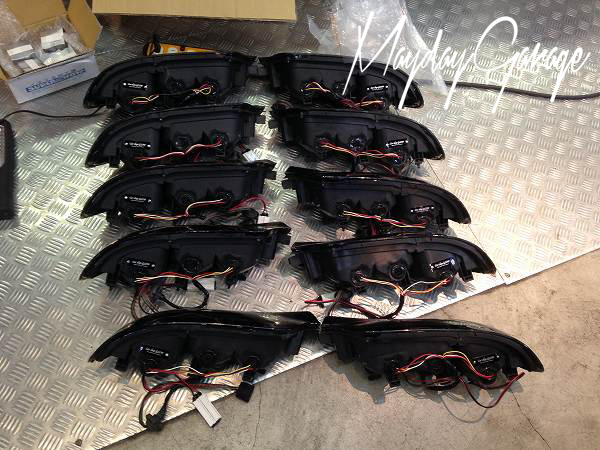 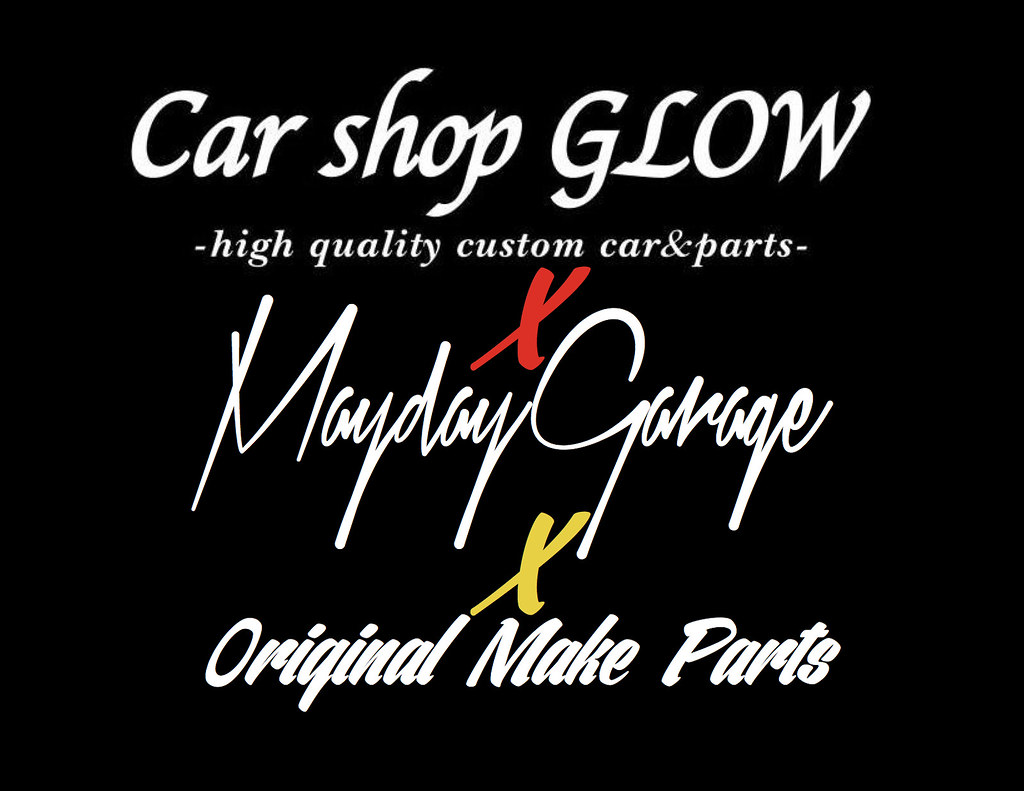 Get ready. CSG x MG in the works.

Not car related, but we absolutely love Luke Huxham’s knack for storytelling. You can even watch this in 4K!

Ever wonder what an OS Giken 10,000rpm head sounds like on the classic Datsun L26 motor sounds like? Yes, it sounds beautiful. Listen to this Fairlady Z.